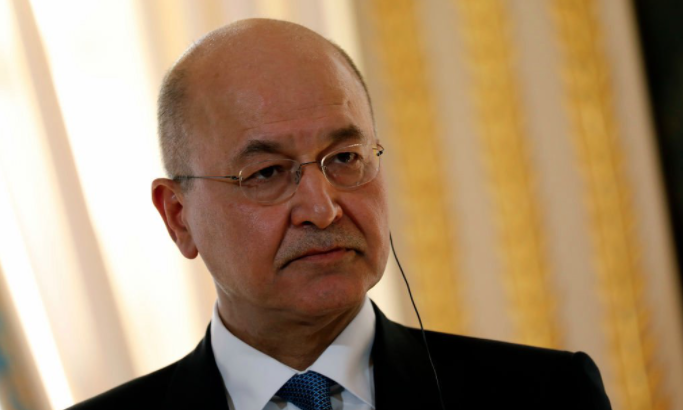 Iraqi President Barham Salih denied any relation between Baghdad and Tel Aviv, saying that establishing regional peace would not be possible without recognizing the rights of the Palestinians.

In an interview with Al-Jazeera, the Iraqi President Barham Salih denied any relation between Baghdad and Tel Aviv.

The issue of normalizing Baghdad's ties with Tel Aviv has not been raised by the Iraqi government at all, the Iraqi president added.

In another part of his speech, Salih called the upcoming elections in Iraq an opportunity for Iraqis, saying that any alternative to elections would cause chaos.

The current situation in Iraq is unacceptable and unstable, and it is time for Iraqis to enjoy a free and dignified life by forming a strong system of government after all difficult years.

Iraq must either be a scene of conflict for others, or it must be a bridge for economic, trade, and infrastructure projects.

Israel is trying to steal more Palestinian land in the Negev, say locals